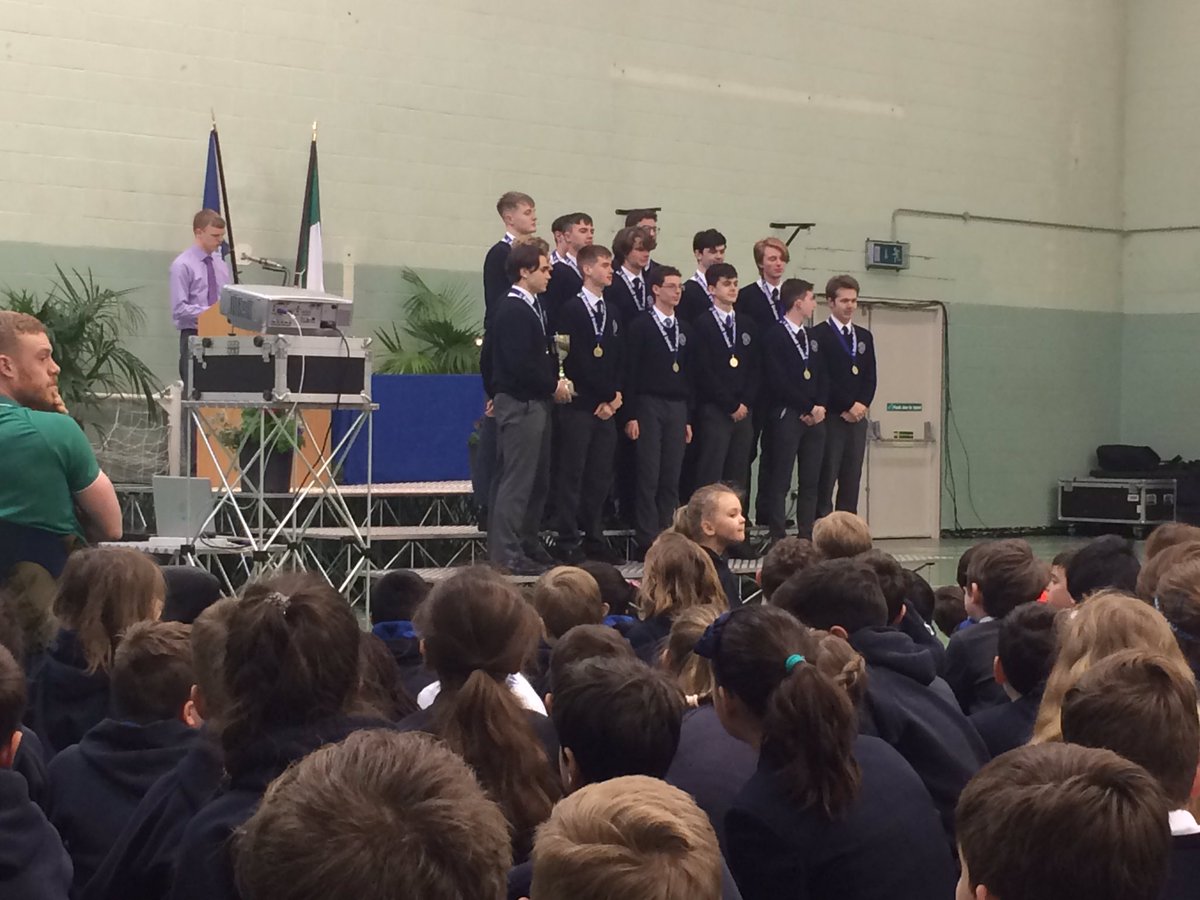 On Wednesday 3 April 2019 a Whole School Assembly took place at 9am to honour the U19 Boys' Basketball Team winning the All-Ireland 'B' Championship.  Mrs Kirby opened the assembly by reminding everyone that this year marks the College's 125th birthday and by saying that the U19 Boys' Basketball Team had given the College a wonderful birthday present with their All-Ireland win.  Winning an All-Ireland championship means that the boys are the best in the country, a just reward for the hundreds of hours of training and preparation they had clocked up and demonstrates the boys' determination, effort and talent.  Mrs Kirby paid tribute to the boys, the solid bank of supporters made up of students, parents and staff and thanked them for their enthusiastic cheering and flag-waving at the matches.

The huge amount of work carried out by Head Coach Gareth O'Reilly and the other coaches Conan Doyle, Matthew Kelly and Gillian Clarges is very much appreciated by everyone.

Coach O'Reilly took the stage to hand the boys their medals:

He stated that the boys will have made friends for life as a result of working together to gain this result, the first time in all the 27 years of basketball at St Andrew's that a championship has been won by the College at All-Ireland level.

Even though it was a team effort, Sotiris Miltiadis was singled out for mention as he was named the Most Valuable Player of the Tournament, a particularly remarkable achievement bearing in mind the fact that Sotiris only joined the school last August.

On route to the final, the boys only lost one match, a defeat Coach O'Reilly claimed had kicked the boys into having a 'win or go home' mentality that served them well in the end.

Co-Captain Jake Owen took the stage to close the assembly and stated that the boys had had a truly remarkable season winning the South Dublin Basketball League, the Eastern Region Final and topped it all by winning the All-Irelands at U-19 level.  He felt very proud to co-captain the team that put St Andrew's on the map in terms of basketball.  There had been no roaring crowds watching the early morning training sessions or cheering from the sidelines as they trained during the holidays so not many will appreciate the hours and hours of hard work put in to winning by the boys, their coaches and their parents.  Before each match Jake had asked the team to 'play as hard as they could'.  This they surely did and St Andrew's College is very proud of them.

Please click here for some photographs taken at the Assembly.