Gaby Lewis picks up two Player of the Year awards 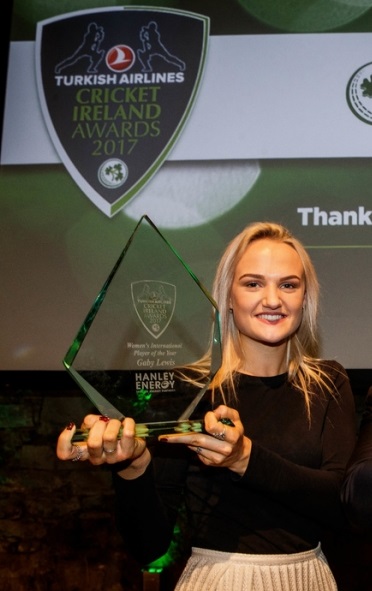 Congratulations to Fifth Year student Gaby Lewis who picked up two awards at the recent Turkish Airlines Cricket Ireland 2017 Awards Ceremony.  She was named the Hanley Energy Women's International Player of the Year as well as the Devenish Nutrition Female Youth International Player of the Year.  This is a remarkable achievement for one so young.  Gaby scored 340 runs during the senior women's tour to Dubai and South Africa last May before leading the Under 19s to three wins out of four at the Malvern Festival.   Gaby and the team are now looking forward to the World T20 qualifiers in 2018.