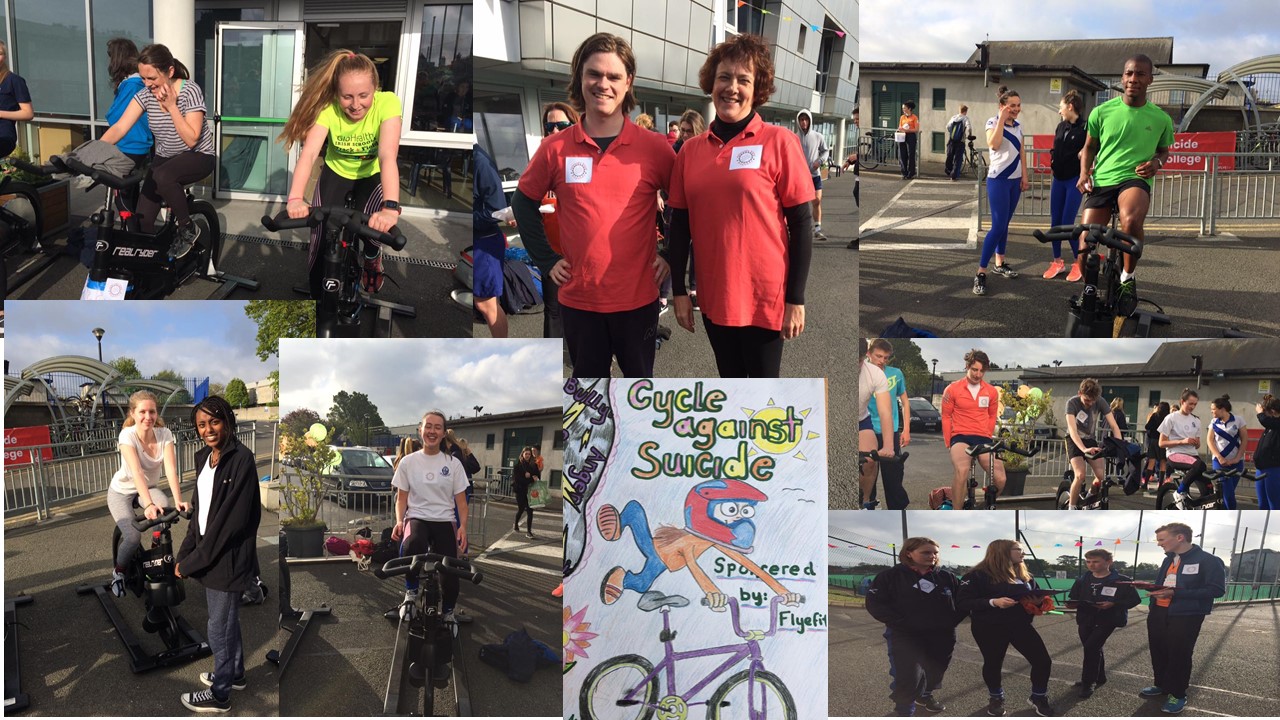 St Andrew's College students and staff organised their own Cycle Against Suicide event at the College on Tuesday 9 May to help spread the message that It's ok not to feel ok and it's certainly ok to ask for help.   A special word of thanks should go to the organisers, to FLYEfit who so kindly lent the static bikes that were used from early morning till after school in the lovely sunshine and to everyone who donated to support the cause.

This year it was the Sixth Year participants who clocked up the most kilometres winning themselves a pizza lunch on Monday!

Fast and Furious Awards went to:

A big thank you to everyone who took part!!!