Reception to hand over funds raised by ICB.

The International Charity Bazaar ( ICB ) is the Diplomatic Corps in Dublin's voluntary fundraising organisation. The ICB raises funds for Irish registered charities through two annual events: the Diplomatic Ball and their flagship International Charity Bazaar.  A group of St Andrew's College Transition Year students volunteered at the Charity Bazaar in the RDS in November.  Yesterday they attended a reception at the Mansion House, hosted by the Lord Mayor of Dublin, where a cheque was handed over to several different charities. 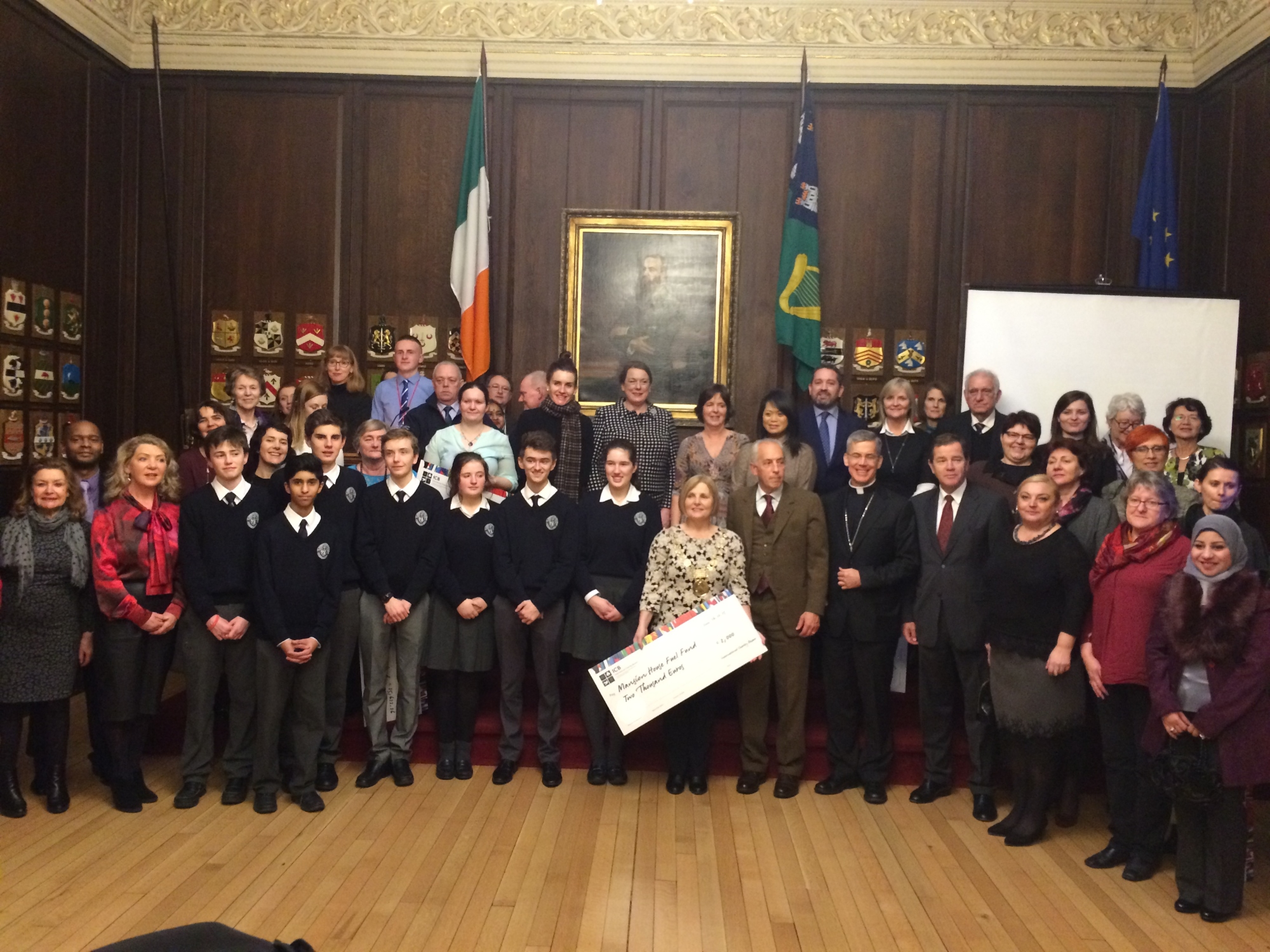