A lot was learnt by the two St Andrew’s College teams that took part in the Leinster Schools Team Racing Championships during the Easter holidays on 29 March.  Easily the youngest two teams there, and with few year-round sailors, we struggled a bit against teams which included some established international racers. Despite this we won a few races and caused a few upsets.  Going into our last race against Loreto Dalkey it was a head-to-head battle for the last spot at the all-Irelands.  Following a difficult start, we mounted a comeback led by Eoin Puplett but fell short on the final leg. Despite failing to earn a spot at the All-Irelands in Schull, the performance and attitude of both teams were very encouraging. The participants represented St Andrew’s College well.  Our teams will be back next year, more experienced and supplemented by some promising incoming students. 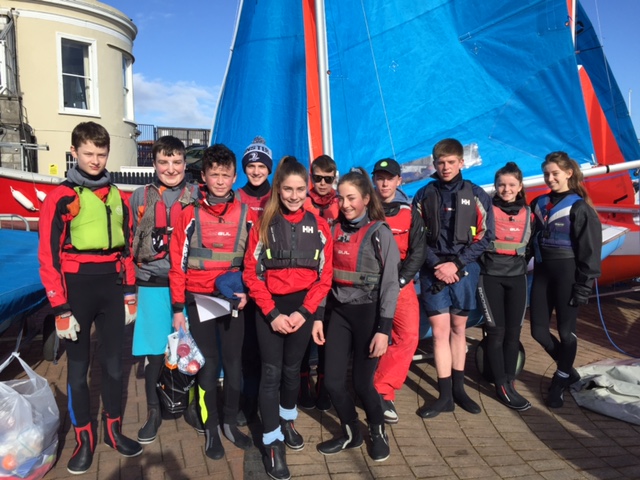