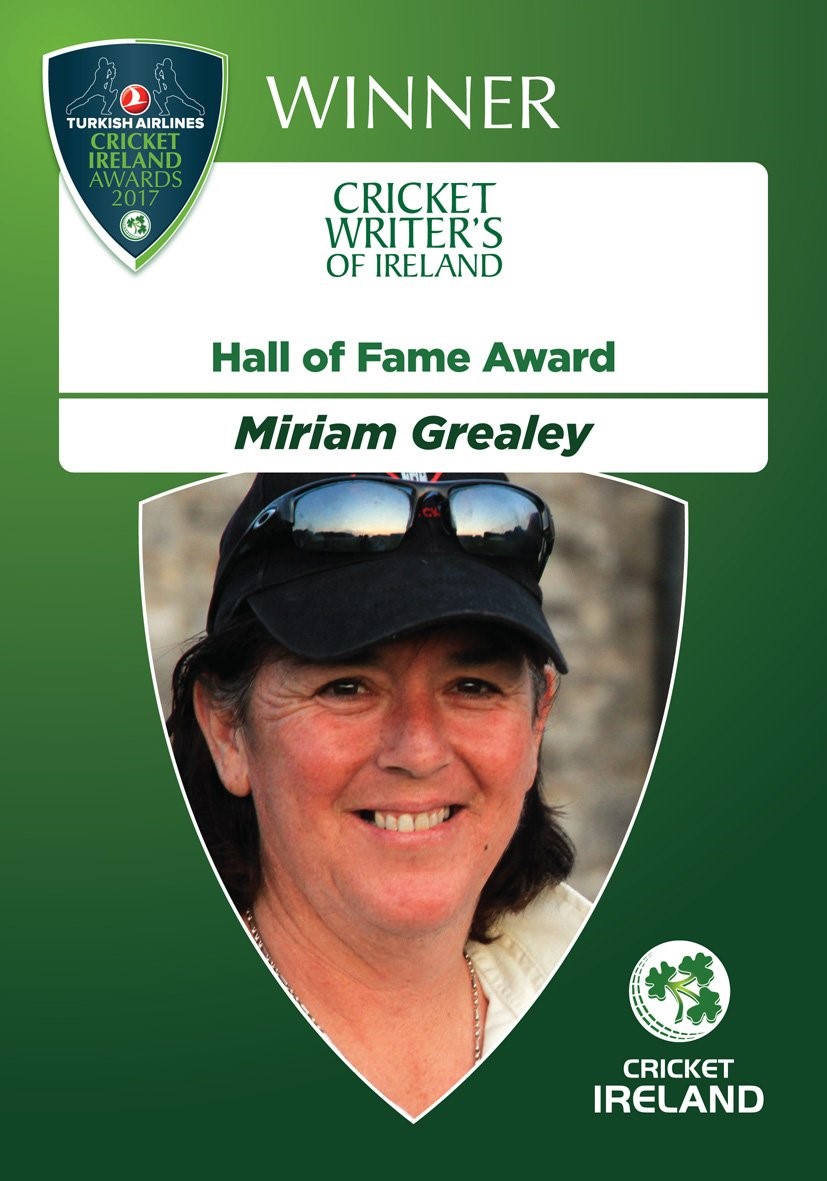 Miriam Grealey (Class of 1983) was inducted into the Hall of Fame by The Cricket Writers of Ireland at the Turkish Airlines Cricket Ireland Award Ceremony this month.  Miriam won 80 caps for Ireland between 1987 and 2005, captaining the side 34 times.  Earlier this year she became the first Irish person to be awarded Honorary Life Membership of the MCC.