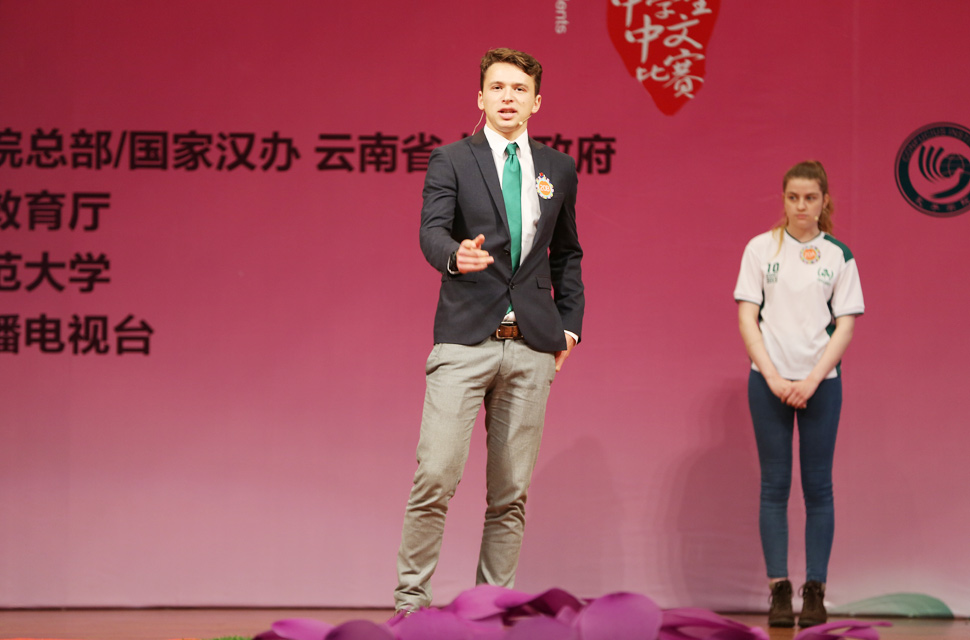 He competed as the first competitor for Ireland, taking part in the first round of competitions over 3 days.  Fionn took a Chinese cultural computer exam, gave a cultural performance and took part in a speech contest.  He was just shy of winning a prize.

Fionn was chosen to be interviewed by the Chinese YunNan TV station for "My story with China" and his video was entered in the final competition held on 31 October.  It will be broadcast on national televisionin the next few weeks.   Fionn's video can be watched here 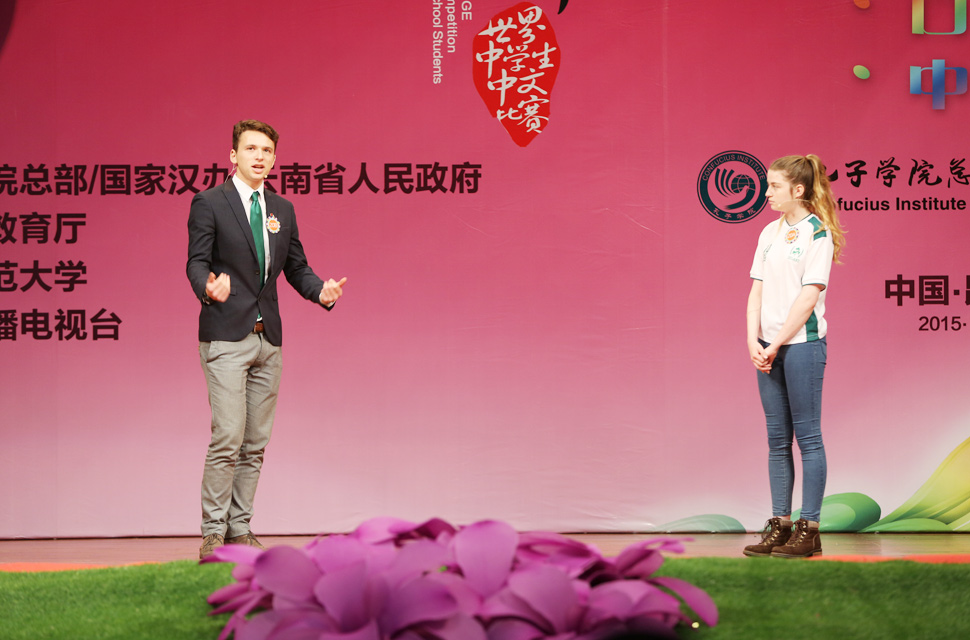 Fionn was awarded a one-semester Confucius Institute scholarship to study for one semester in any Chinese university.